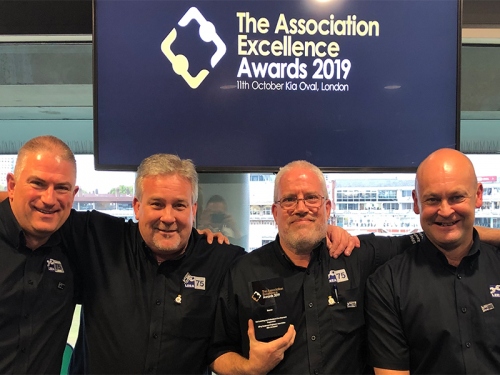 LEEA - the Lifting Equipment Engineers Association – received a Bronze Award in the ‘Best Learning and Professional Development’ category at the Association Excellence Awards 2019, which took place recently in London.

The Award recognises the success of the LEEA Academy which was launched in 2016 and offers a range of courses designed to raise standards in the examination and inspection of in-service lifting equipment across the world.

Courses are delivered either online, at a member’s premises or at LEEA’s national training school in Huntingdon. In addition, combined training events have been developed to allow members for whom face-to-face learning was previously not an option to access a range of studies.

Since the Academy’s introduction, over 1000 qualifications have been issued to LEEA members worldwide.

The Association Excellence Awards judges were looking for a professional learning and development programme established by a trade association that responds to the needs of its members and/or a wider circulation. Evidence was sought of innovation, expertise and success in all areas including:

In announcing LEEA as the winner of the Bronze Award, the host of the Association Excellence Awards 2019, author and broadcaster Dominic Holland, stated: “The Awards judges were impressed by an excellent and well supported submission from LEEA. The LEEA Academy is a first class example of a development programme with truly international reach and the dedication of the LEEA team that delivers it deserves the highest praise.”

Andrew Wright, LEEA’s Deputy CEO, commented: “We are very proud to have received this award against strong competition and I would like to thank the entire LEEA team who, through their engagement, commitment and support for the LEEA Academy, are helping to raise engineering standards and safety at sites across the world.”