Offshore Dialogue: The Value Of Wind And Water 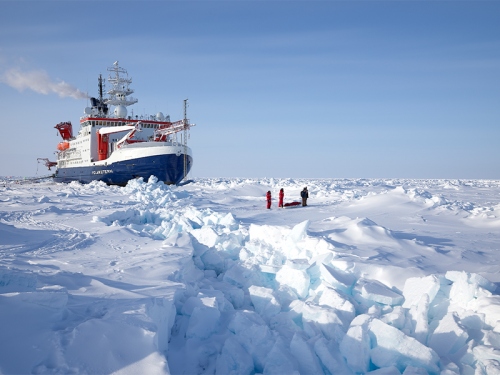 Sustainable use of the oceans is one of the focal topics at SMM DIGITAL. At the Offshore Dialogue online conference on 2 February, international experts will discuss current trends in the offshore wind farms segment, technical challenges facing tidal and wave energy conversion, and innovative ocean monitoring technologies.

Hamburg, 12 January 2021 – About 70% of our planet is covered by water. The Earth's oceans play a key role in shaping the global climate. The more important it is to gather and evaluate as much information as possible about the composition of this ecosystem and how it changes. Technologies that can be employed for this purpose will be one of the topics of this year's Offshore Dialogue which will take place on 2 February during SMM DIGITAL. Among the high- ranking experts participating in this online conference will be Professor Uwe Freiherr von Lukas from the Ocean Technology Campus in Rostock, Germany. His research team develops and tests submarine technologies under realistic conditions at the Digital Ocean Lab located just offshore in the Baltic Sea.

The most severe impact of climate change is seen in the Arctic, as confirmed recently by the spectacular MOSAiC expedition. For an entire year, the German icebreaker “Polarstern” drifted across the Arctic Ocean, moored to a large ice floe. The most ambitious scientific exhibition of the century had a budget of €140 million. The value of the information it collected is immeasurable. A major contributor to the success of the MOSAiC project was the specialised under-ice camera equipment provided by MacArtney, which also included control, recording and display software. During the Offshore Dialogue, Torsten Turla, Managing Director of MacArtney Germany, will explain the importance of sensors in environmental monitoring.

The changes happening in the icy polar waters confront shipbuilders with new challenges. "As climate change causes temperatures to rise, the ice in the Arctic regions is getting weaker while the winds are getting stronger. This means that the dynamic forces acting upon ships are getting stronger," explains Dr. Walter Kühnlein, Chairman of the Executive Board of the German Association for Marine Technology (Gesellschaft für Maritime Technik, GMT). GMT is the cooperation partner of the Offshore Dialogue.

Flowing with the tides

Tidal forces are among the phenomena that will be examined under the conference motto "new technologies for future needs": Tidal energy is eco-friendly, reliable – and predictable. The world's greatest tidal range is found in the Canadian Bay of Fundy: Twice per day, 160 billion tonnes of water flow into the bay and back out again. At each tide, the water rises and falls by roughly 13 metres. An ambitious project has been launched at Bay of Fundy: Soon several tidal power plants will make use of the enormous tidal range to generate energy sustainably. In his speech titled “Pempa’q In-stream Tidal Energy Project”, Ralf Starzmann, Managing Director at SCHOTTEL Hydro, will explain how such a system functions.

Clean, low-cost, and with huge market potential: Offshore wind energy has much to offer. Having grown more than 30% annually over the past decade, it has shown to be more competitive than some fossil fuels. Now the wind industry is getting extra headwind from the European Commission’s "Green Deal", which intends to increase the European wind farm capacity from currently 12 gigawatts (GW) to 60 GW by 2030, and to as much as 300 GW by 2050. The consequences for the market will be explained by Arvea Marieni. A strategy and innovation expert, she is a partner of the Italian consultancy Brainscapital Srl Società Benefit and one of the panellists at the Offshore Dialogue during SMM DIGITAL.

The conference programme can be streamed free of charge. "This is our way of making expert knowledge available to a wider industry public. We want to make a positive contribution for the benefit of the maritime industry during these challenging times so that all relevant players can benefit from state-of-the-art solutions," said Claus Ulrich Selbach, Business Unit Director – Maritime and Technology Fairs & Exhibitions at Hamburg Messe und Congress GmbH.