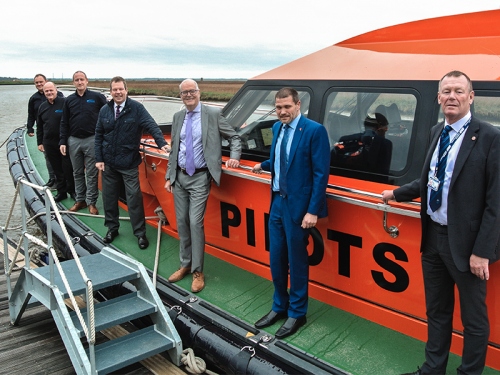 Associated British Ports (ABP) the UK’s largest and best-connected port operator, has commissioned a fleet of nine new state-of-the art pilot boats from Goodchild Marine Services, representing an investment of around £9 million to further enhance port operations across its network.

The faster and more fuel-efficient vessels will be constructed by the Norfolk-based boat builder and will be delivered over the course of the next five years.

Construction of the first vessel has already begun and it is expected to be delivered to ABP’s Humber region in 2021. In total, ABP has commissioned five vessels to serve its Humber ports, three for Southampton and one for Barry in South Wales.

Mike McCartain, ABP’s Group Director for Safety Marine and Engineering, said: “It is fantastic that we have been able to award this significant contract to a UK manufacturer who is at the leading edge of Pilot boat technology.

This will also help support existing local jobs and the regional economy which is great news given the current economic conditions.

“The state-of-the-art vessels will improve the efficiency of port operations and will ensure that we can continue to service our customers’ needs to a very high standard.”

ABP and Goodchild Marine Services have had a long history of productive collaboration. In July 2019, Goodchild Marine delivered its second pilot boat to ABP, the ‘Kingfisher’, which has been supporting operations at the Port of Lowestoft. This followed the delivery of their first pilot boat for ABP, the ‘Osprey’, more than 25 years ago.

Stephen Pierce, General Manager at Goodchild Marine Services Limited, said: “We are delighted to have been awarded this prestigious contract with one of the UK’s leading port operators. Associated British Ports have demonstrated commitment to the quality of British manufacturing and our supply chain for their next generation of pilot vessels.”